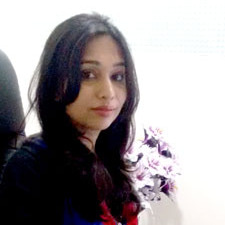 Surabhi Dewra is one of the leading Indian women entrepreneurs. She has been featured amongst the top 25 powerful women in India and has received a lot of other awards including the recent ‘50 Fabulous Global Edutech Leader’ award.

Surabhi is on the panel of various Government of India ministry bodies to setup policy framework around career guidance and counselling in the country.

Surabhi holds a degree in EEE from BITS Pilani (one of the most prestigious institutes of India). Post her engineering she joined the semiconductor industry and worked on some wireless products before taking a plunge into the world of entrepreneurship to setup CareerGuide.com

Under her leadership, CareerGuide.com has become of the most sort after names in the Indian career guidance domain