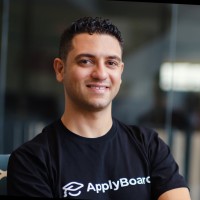 Martin Basiri is an Iranian-born technology entrepreneur, who is the co-founder and CEO of ApplyBoard, an international student Edtech platform based in Kitchener, Ontario, Canada.

Basiri worked as an engineer in the United States following the completion of his master's degree from the University of Waterloo. He returned to Canada in 2014 to work with his brothers on developing what would become ApplyBoard.

ApplyBoard launched on May 5, 2015, in Waterloo, Ontario as an international student search and application platform with Martin serving as co-founder and CEO. Martin's connection to the University of Waterloo spurred on their acceptance into the Velocity incubator program.