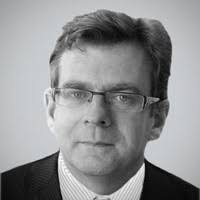 John Byrne is founder and CEO at Corlytics, the world leader in regulatory risk intelligence, responsible for setting the company’s vision and strategy.

John himself is a serial entrepreneur in the financial technology sector where he has built and sold a number of global technology based enterprises. He co-founded one of the first campus

companies in Ireland in 1985 in the energy technology sector. He also built Information Mosaic in 1997, a global player in the securities software industry which was sold to Markit in 2015.

He set up Corlytics to provide real regularly risk intelligence. Following a tsunami of global regulation arrived for the financial markets in 2009, John realised there was no joined up intelligence and predictive analytics to help the banks, regulators and their advisors make informed decisions. Corlytics was formed in 2013 and today is the global leader in regulatory risk intelligence.

John is a frequent speaker at industry events and has spoken at events such as SIBOS and NEMA. He has also spoken at many other conferences on operational and systemic risk and more recently at RegTech Summits in London and New York. John is a graduate of Stanford Business School and has a Bachelors degree in Electronic Engineering