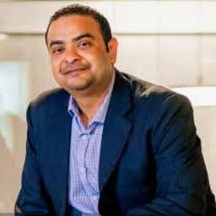 The company was founded in June 2019 in New Delhi, India by Arihant Jain , who believe that automation and AI should be used to support and augment humans, not replace them.

Arihant cofounded Joe Hukum, a DIY chatbot platform that was later acquired by Freshworks Inc. They were also founding team members of start-ups popularly known as Healthkart and 1mg. Arihant holds an Economics degree from Stanford and an MBA from INSEAD. Ajeet holds an engineering degree from IIT- Kanpur.